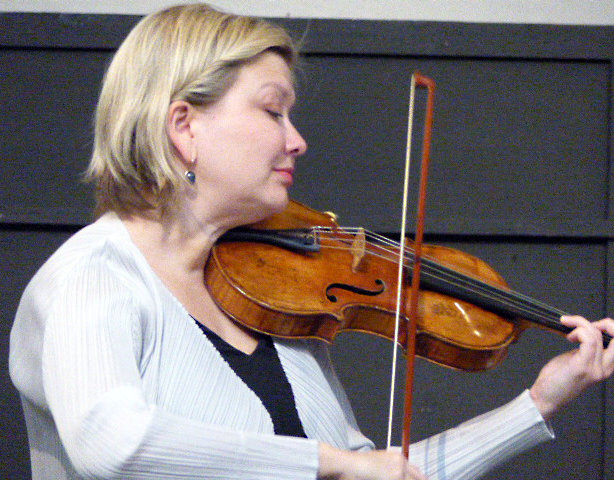 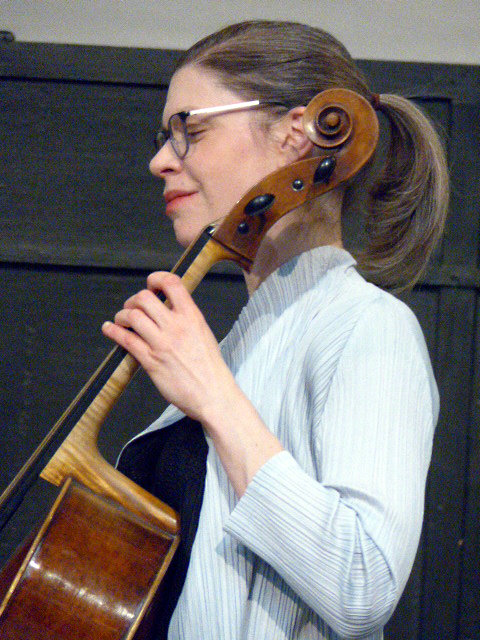 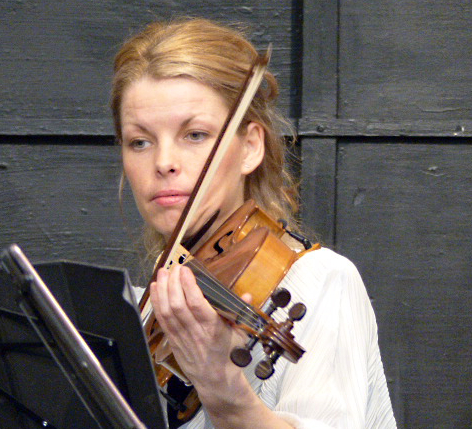 Congratulations to the Nicholas Yonge Society and its Concert Secretary Chris Darwin for bringing the Chiaroscuro Quartet to Lewes.  I've rarely enjoyed a concert more.  Alina, Pablo, Emilie and Claire, introduced by Chris as four musicians from five countries, played with the cellist seated on a platform and the others standing up, so that their heads were more or less at the same level.  As the name of the Quartet suggests, we were treated to an evening of extreme contrasts, in repertoire, tempo, volume, and legato/staccato (for which I don’t know a one-word characterisation).

We started with Purcell’s Fantasias 7 and 8, composed in 1680 three days apart on 19th and 22nd June, and Fantasia 11 composed on 18th August.  In a way it is fitting that these workings-out of Purcell’s inner compulsions emerged only in the twentieth century, when their chromaticism and dissonance were still extreme but no longer quite so baffling, let alone seeming barbaric or insane.  This was melancholic music for that austere ensemble of previous centuries, the consort of viols.  Fantasia 7 is the darkest of all, and from the first long notes the audience seemed rapt or perhaps stunned.  I don’t recall a concert with so few coughs; the Wigmore Hall audience should take note.  The sound of a string quartet is lighter and sweeter than that of a viol consort but Purcell’s music cut through the newer sonority and the Chiaroscuros made of it a success.  Played with complete suppression of vibrato, those long notes were endless, but the quartet’s intonation was faultless.  Fast passages intervene in all three Fantasias, and the mood picked up almost to serenity in the concluding Fantasia 11.

Which was just as well in view of the extraordinary musical development over 101 years from Purcell, harking backward, to Haydn, always advancing.  In his Opus 33 No. 5 the pauses and re-starts in the first movement are, if not jokes, at least surprises.  The “How do you do?” initial phrase is repeated throughout in modified or original form in a movement of almost symphonic scope and length.  The two early editions of Opus 33 give the middle movements of this quartet in different orders, but here the Chiaroscuros or the edition they use interlaces the ‘flowing’ with the ‘jolting’ movements, in line with their general approach of seeking contrasts.  The second movement was thus that marked Largo e cantabile, and the first violin’s song, unadorned at first and then increasingly ornate, gave all that could be hoped for.  Onwards with the Scherzo where the stamping, almost drumming, initial phrase was played a little tentatively at first, giving the opportunity to make it ever more emphatic on subsequent repetitions, adding to the joke.  Haydn makes his peace with the humourless in the final movement with its lilting siciliano rhythm.

Beethoven wrote 16 string quartets, or 17 if you count the Große Fuge separately, in comparison to Haydn’s 68, so we hear each of them more often and the third Razumovsky Quartet will have been familiar, perhaps to most of the audience.  Nevertheless we heard it anew.  The rhythmic drive and forward impulse of the Allegro in the first movement contrasted wonderfully with the veiled and tentative introduction.  The second movement is surely the emotional core of the work.  Its wistful second theme on the first violin was heart-stopping over the insistent pizzicato from the cello.  Mostly marked p and played as such, the cello’s plucked notes were as if the loudest sound, driving the movement to its very end.

The last two movements of Razumovsky 3 are played without a break, and the response to the quartet’s finishing absolutely together, at breakneck speed, was what for a classical audience counts as an ovation, rightly so.  Both the Haydn and Beethoven quartets in the programme make frequent use of rests and pauses of various lengths, and the Chiaroscuros clearly savoured these, never cut them short, and always started up again completely simultaneously, as if by magic.

They have not yet recorded the works on this programme so let us hope that some of them will appear on their future CDs.